I've been considering a complete fan replacement on my HP Z820 Workstation but there are some issues to be aware of. First of all there is a whopping 12 fans in total and HP uses a non-standard OEM pinout, which makes the modifier numbers especially important. The second issue is that different workstation revisions use different fans - some fan shrouds seem to be equipped with Delta fans only while others are a mix of Delta, Nidec and AVC. Surprisingly the model numbers used on individual fans is poorly documented, presumably because owners are expected to buy an entire fan shroud replacement if one or more fans go bad or a kit of front or back facing fans. If the fans go bad on the power supply you are probably meant to get a new one. When you have an expired warranty, options become a bit more limited so I find it far more compelling and cost effective to just buy the individual fans and replace them myself, and to do that you'll need to know exactly what models that work.

My goal here is to - first and foremost - identify all the fans, including their positions, in my own workstation and then all alternatives that can work as drop-in replacements. The HP Z820 seems to be able to use the exact same fans as the newer Z840 and vice versa. A number of these fans should work in the Z600/Z400-series and the older Z800. I cannot confirm this, however, as I don't have a Z800 so my main focus will be on the Z820.

Why bother with this? Delta fans, for example, have a good reputation but are unfortunately known to be noisy so owners with those might be interested in the quieter Nidec options - especially if you do audio work and need a quieter system. Those of us with Nidec fans might be interested in replacing them with Delta's for other reasons - perhaps the better longevity, price and availability are deciding factors. I wanted to document the cooling fans to make things easier for people who want to do the replacement themselves so having the exact model information should keep your workstation within HP's specifications (CFM, RPM etc.). The fan numbering scheme i use in the images is arbitrary. I think information about alternative fans to those i happen to have is somewhat complete but I have no way of knowing if I've identified all variants HP has used in these workstations. I don't have all modifier numbers yet but I will update this post when/if I do.

Update: I went with the option of replacing the entire shroud because the combined shipping costs and rarity of some fans was making things difficult. I got a great deal on eBay on a brand new shroud for the dual cpu option. 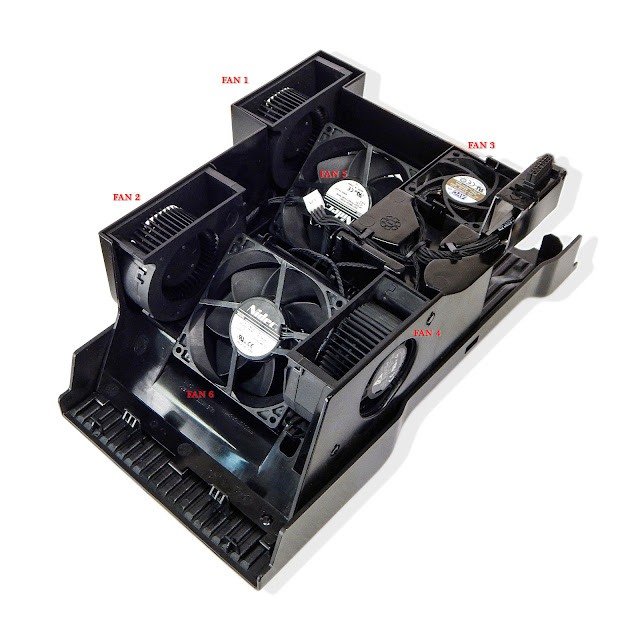 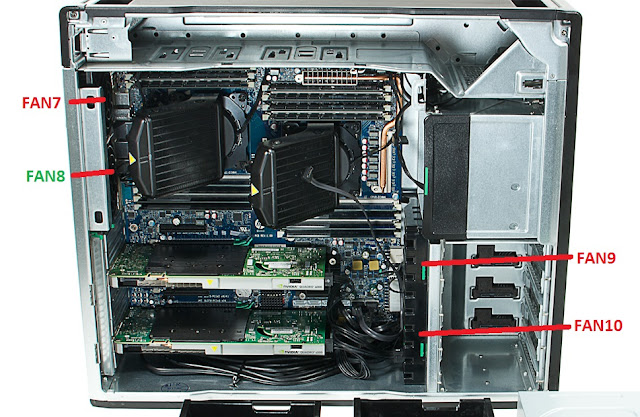 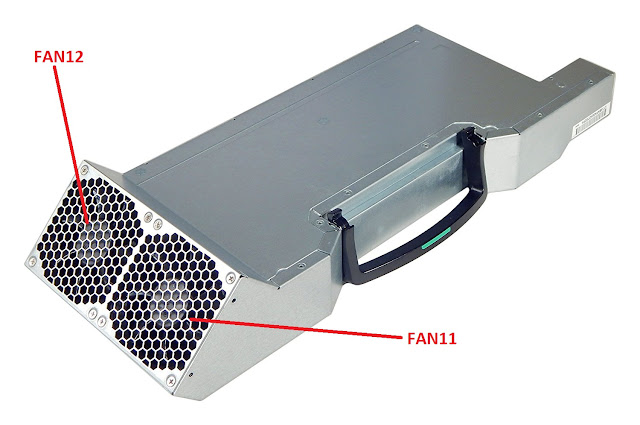 Note: The AVC fan in my shroud doesn't seem to have a HP product number which suggests that the generic model might have the same pinout. I did manage to find the PN from other sources, however.

Note: The Nidec fans are rated at ~38db while Delta's are around ~45-49db and both run at 3800 RPM. Some sources suggest the Nidec fans use sleeve bearings while others that it's a ball bearing - I'm pretty sure they're sleeve bearing. The 92mm Nidec's have a MTBF of 45.000h which is nearly equal to the 50.000h you are likely to get from the Delta. I could not find the specifications for these exact OEM fans so these are my best guesses based on the specifications of the non-OEM equivalents of the Nidec and Delta fans. In other words, I cannot guarantee the above statements about the bearing, MTBF and noise profile to be 100% correct.

Note: FAN7 & FAN8 come as a pair with wires going to the same proprietary 6-pin connector

Note: The powersupply contains two identical Delta fans of the below model, these were found in the 1125W PSU and are likely also to be found in the less powerful 800W PSU. Given that Delta builds these I doubt any other fans models are used.